Students will be familiar with solutions and dissolving from everyday examples. They will already be familiar with the idea that substances dissolve to form solutions. Students should be aware of the extensive role of water as a solvent, e.g., dissolving sugar and salt. They will know that the sugar does not disappear as the solution formed has a sweet taste. To reinforce this concept and provide a more visual example, acetone (solvent) can be used to dissolve polystyrene (solute) to form a solution. While water is the most universal solvent, it is important to reinforce that the same concept applies for other solvents easy to obtain and inexpensive.

Video: Explanation of solutions using polystyrene as the solute and acetone as the solvent

A more dramatic effect may be obtained by dissolving Styrofoam in acetone. As Styrofoam contains a lot of air, using very little solvent, large amounts of the foam appear to disappear. 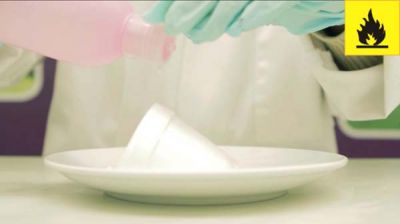 Wear goggles and gloves. The vapors released from acetone are highly flammable. Use as little acetone as possible. 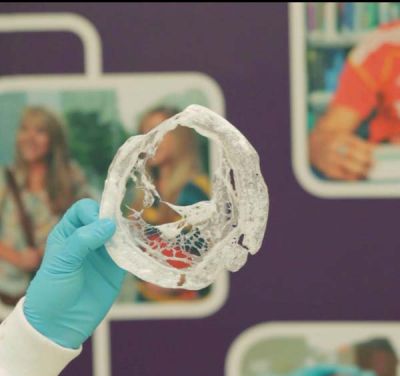 The polystyrene will dry hard in a few hours, and may be disposed of in the rubbish bin.

Linking to the students prior knowledge of sugar and hot water solutions, the teacher can explain that in this example, the acetone (propanone) is the solvent, the polystyrene, the solute and a solution is formed. The polystyrene is broken down into smaller and smaller particles by the acetone and are still present in the solution. As polystyrene is made mostly of air, only a small amount of acetone is required to dissolve the cup. The concept of dissolving can be reinforced by examining the remains of the polystyrene cup after the acetone has evaporated. The quantity that remains after evaporation is significantly smaller than the original amount due to the loss of air when the particles were broken up by the acetone.

Acetone
(Propan-2-one)
Figure 2: Chemical structure of Acetone, styrene and polystyrene
Polystyrene is a polymer made up of a chain of styrene molecules linked together. The styrene is called a monomer. A number of monomers link together to form polymers.

Students are well aware that sugar and salt dissolve in water. They also know that the sugar and salt are still present in the solution because the water will taste salty or sweet. By using acetone as a solvent and polystyrene as the solute, the students should understand that the same principal applies for solvents other than water. The polystyrene may be retrieved from solution after the acetone evaporates to further reinforce that it was broken down into smaller particles by the acetone and this made it seem to disappear. The demonstration is simple and could be conducted by the students themselves or by the teacher. It can be carried out at the beginning or in the middle of a lesson when the examples of salt and sugar in water have been discussed.

Links can be made to student’s prior knowledge of solutions. References can be made to sugar in tea and how we know the sugar is still present in the water i.e. it tastes sweet. Other common solutions can be discussed like jelly dissolving in hot water and what would happen if we tried to dissolve jelly in cold water? Why do we add oxygen tablets to fish tanks? What changes in the water might affect the amount of oxygen or other gases in water? Links can also be made to the chapter on plastics and as an introduction to polymers.

The students can weigh the cup before and after the experiment and the mass can be expressed in different units e.g. mg or g. The students could then discuss possible reasons for the results obtained. 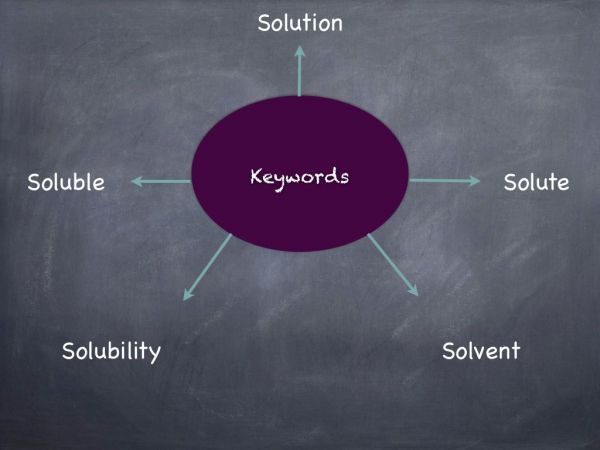 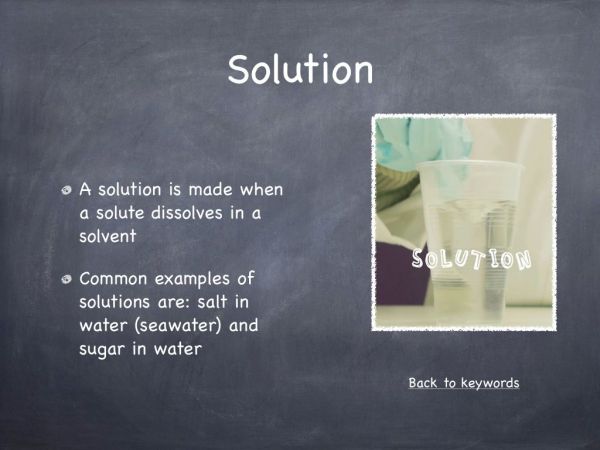 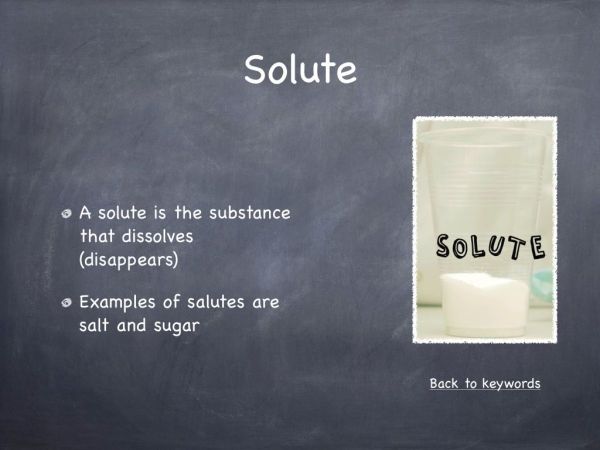 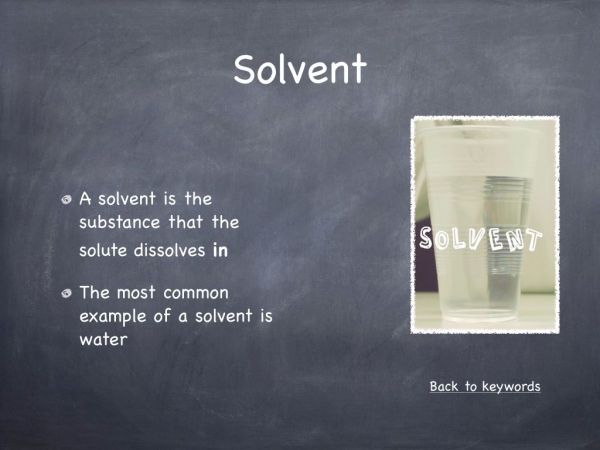 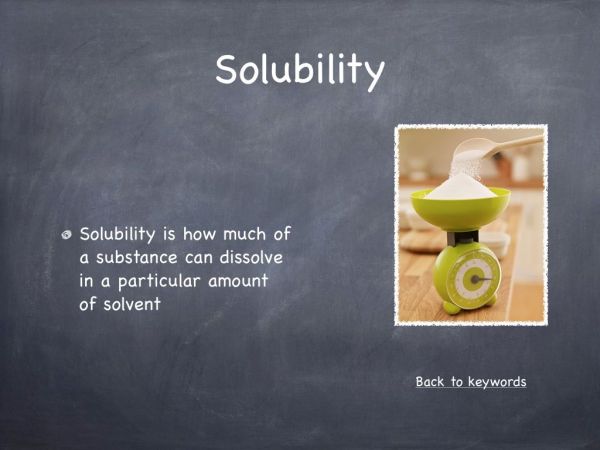 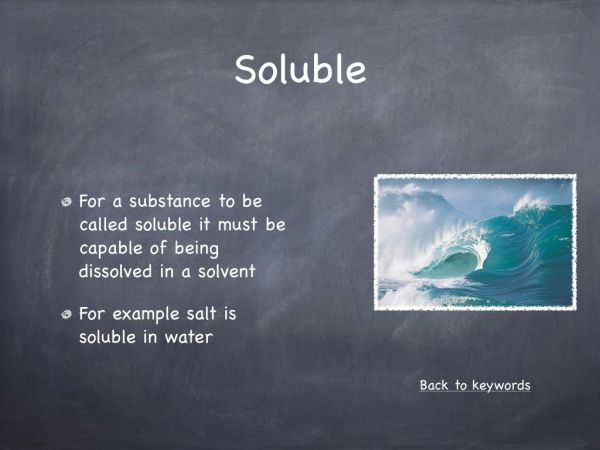