This demonstration essentially takes objects that do not intuitively balance and puts them together. The idea behind this is to trigger students’ imaginations and to get them thinking about the centre of gravity of different everyday objects.

Please note that there are no set rules for performing these demonstrations. To get these to work takes time and a lot of trial and error.

2. Hammer and ruler
The key to this one is getting the length of the string correct. The string should be approximately 8/10ths the length of the hammer. The hammer is tied near the top (its head) and the ruler is tied at the base (it is easier to use a ruler with a hole at the bottom). Set up the apparatus as shown in the video. Again this will take some time to perfect.

3. Sledgehammer and Ruler
Unbelievably the sledgehammer experiment is easier to perform than the hammer one. It’s the exact same process as before, however, one has to be aware that when using a sledgehammer there is an increased level of danger especially when demonstrating in front of a class.

Use the videos as guidance and be persistent as it may take a number of attempts to perfect. 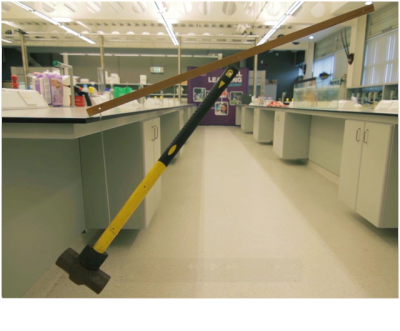 Take care when using the sledgehammer as it is quite heavy.

The main real world link is that this type of demonstration improves critical thinking and problem solving. These skills are highly important for subjects like Maths and Design and Communication Graphics.

Moment of a force (N m) = force (N) X perpendicular distance from the force of the fulcrum (m). 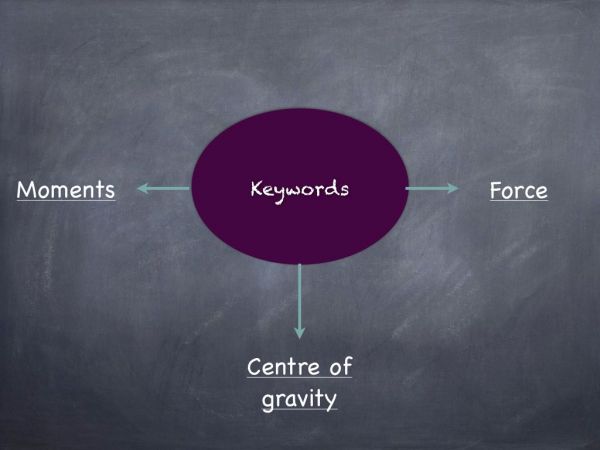 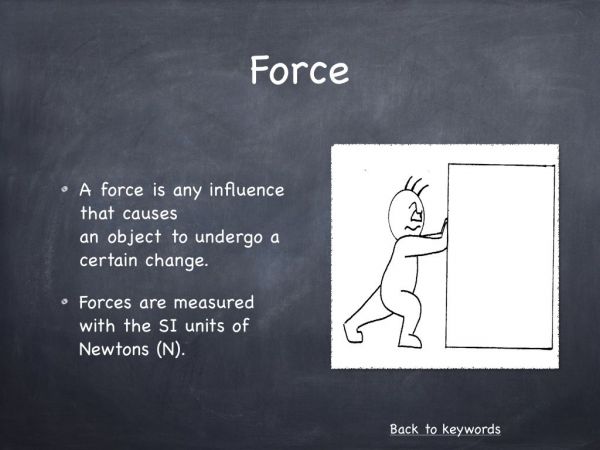 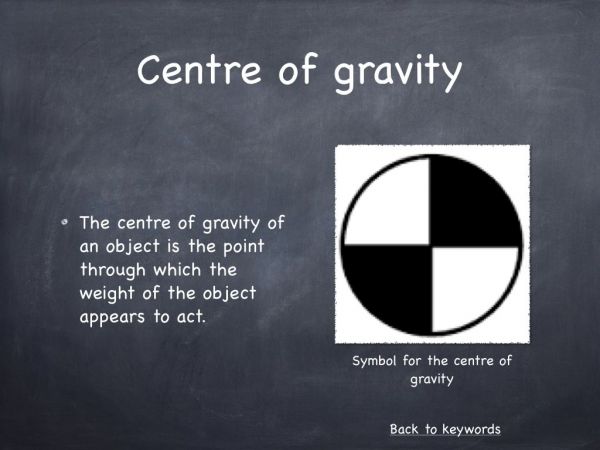 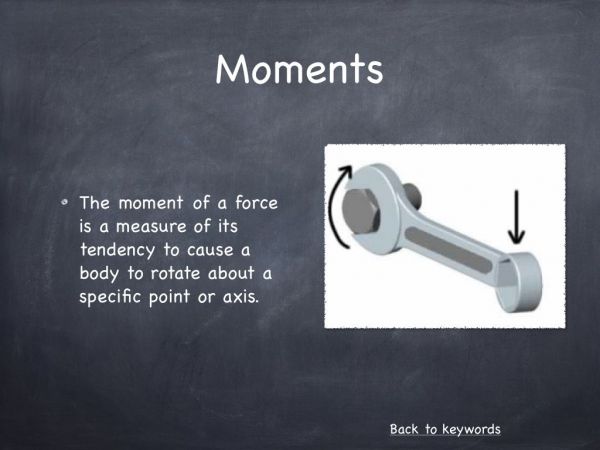